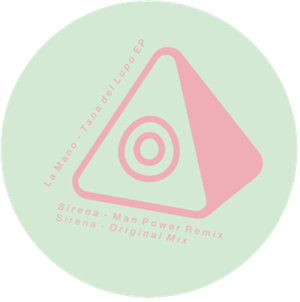 February’s roundup of the bits of wax to get excited about.  This month: italo funk, UK electro-soul and an unbelievable proto-house cover from South Africa

This latest offering on Soul Clap US features ten cuts oozing in luscious, forward-thinking house/funk/disco deepness. Sometimes heavy, sometimes euphoric, Italo Funk is one step ahead of the curve and needs to be played in the early hours. Highlights include the seriously deep grooves of Memoryman’s ‘My Brother’ and the acid house pastiche madness of ‘Machete’ by Tiger & Woods.

Pick it up at Soul Clap Records.

Frisky balearica, chugging disco and shades of deep funk all surface on Mystique, the forthcoming debut EP from Elegant Borzoi. As much groove as you can fit on a 12″ record, and a seriously impressive first cut of wax from this West Coast producer whose name could be an Xbox gamertag.

Released mid-month: get it at Phonica.

Rush Hour continue their streak of powerful 80s reissues with the legendary italo/proto-house flavours of The MBO Theme. Delayed for almost half a year due to licensing issues, this release comes loaded with a cover version from South Africa alongside the original 80s classic. Rush Hour explain:

“We bumped into this version on a South African record digging trip. It took us a few months to realize the scarcity of this version. Ian Osrin, a well respected engineer in South-Africa who was involved in many 80s and 90s Bubblegum, Kwaito and South African disco records, explained us about music distribution in South Africa during apartheid. Because the country was culturally banned at the time, a lot of releases weren’t imported or exported. Even when a track was huge, like “The Klein & MBO Theme”. So South African musicians would create their own versions which were sold locally.

The Warrior cover – previously unreleased on wax – is a slower, looser and all-round breezier cut to incite ID requests wherever it’s played. Pre-order at Rush Hour. First release from a mysterious new Italian imprint that invoke Bowie’s Thin White Duke and plan to put out a series of leftfield cosmic cuts, with five forthcoming releases listed on their Bandcamp page. DB12 001 brings smoked-out DIY bedroom jams, scatty, zippy Krautfunk, Donna Summers-esque pulses and Yacht-prog musings. Basically, as many genres as you can make up for one release.

Pre-order at Bandcamp and check out the other forthcoming releases. Ships 11 Feb.

Four cuts for the release 001 on new label Through Gods Own Eyes. On side 1 the atmospheric house stylings of ‘Sirena’, remixed by Man Power,.make for late night/early morning hedonism led on by glimpses of rolling piano and fuzzy, raging Moog bass, with the original cut giving more space to let the airy sounds of the piano shine bright. ‘La Mano’ on the flip is more of a slow burner to invite the revellers into the deeper corners of progressive dance music. Finally, ‘La Mano (Ambiente)’ does what it says on the tin, cutting out the beats for only the most epic of sunrise sessions. Very hot stuff.

Pick it up at Piccadilly – out now.

Sultry vocal mood from the UK in this Local Records reissue from 1984. The track to look out for, though, is this instrumental from Semi-Automatic which swaps out Jaye William’s gorgeous tones for an equally gorgeous tenor sax line that can only raise your soul.

To keep up to date with the latest from 45turns, you can subscribe to the list and get in on the action over at Facebook and Soundcloud. Come back next month for some fancy new magic tricks on wax.