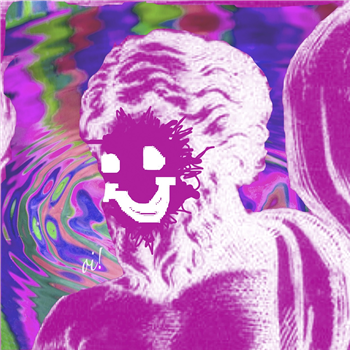 Ten magic tricks for July. Get them on your radar!

[bandcamp width=350 height=470 album=1478199200 size=large bgcol=ffffff linkcol=0687f5 tracklist=false]
This repress of a Gatto Fritto compilation just dropped, a collaboration between Croatia’s Love International festival and famed leftfield/balearic/electronic website Test Pressing (http://testpressing.org/). Full of whacked out crystalline jams and head-spinning sunrise dub, The Sound of Love International 001 went quickly the first time round, so pick it up now if you can.

You can usually count on Bitter End to deliver dancefloor heat with an earthy touch. This next release, out on the 20th July, comes loaded with a slow burning, locked-groove James Brown edit on the A and a 90s piano house stomper on the B. Days of fun on one 12” record. Listen and pre-order at Juno

Here’s another repress of a recently sold out release. This one from T. K. Disco is packed full of killer disco edits from recent memory, some of which are notoriously hard to get hold of – Todd Terje’s edit of KC & The Sunshine Band’s ‘I Get Lifted’ is a notable one, and the double 12” release also has Kon’s dancefloor destroying edit of T-Connection’s ‘Do What You Wanna Do’. With selections from Danny Krivit, Norman Jay and Dimitri From Paris, this is an unmissable release for anyone into cut-and-paste discoid brilliance. Repress out today (17/7) – try get it at Rough Trade.

Jonny Rock’s Disco Hamam is back for a fourth outing, and everyone knows it’s going to be special. Tokyo Matt and Afacan Soundsystem deliver the Turkish / Eastern jams this time round where Eastern sensibilities provide the soundtrack to three am raves, pool parties and elevator sessions alike. ‘Disco with a lil hint of the orient’, some say. Out on the 20th of July, pre-order at OYE

5) Basso – Greetings From The Bin

Growing Bin Records is the place where everything that should sound normal gets twisted into wonderful obscurity . A menagerie of afternoon yacht balearica, reverb-soaked Brazilian disco and Italo pop make up Growing Bin honcho Basso’s offering for the PMJ’s Collectors Cut series, ‘Greetings From The Bin’. Pre-order at Juno for a 20th July release date.

Mytron & Ofofo step up the hallowed Razor-N-Tape mantle for another round of disco edits that are just a bit too good. From ‘Beach Buggy’s relentless excursion into scary percussion-whacked scalpel overload to the bleary-eyed, sun-stroked disco soul of ‘Midnight Drive’, Mytron & Ofofo have nailed this one completely. The highlight, though, is ‘Eli’s Coming’, a balearic/disco jaunt of epic proportions, taken from a live recording of someone, somewhere, keeping the crowd aspect intact. Magic.

No info yet as to when this is coming out, but you can check out the previews here.

This new comp from Melbourne’s Left Ear Records explores outsider music made in Australia and New Zealand during the 70s and 80s. The relative isolation of these countries at the time, combined with their status as nations formed by immigrants intruding on a native population, made for some musical experiments that you definitely won’t have heard before. There’s post-punk reggae, Estonian Oceanic early electronic music and PVC-pipe psychedelic folk amongst other bizarre oddities. Left Ear shedding light on a musical history that’s been largely, if not completely, overlooked by the wider musical community. This is due out September but it’ll almost definitely sell out, so pre-order at Rush Hour.

Jazz-flecked electronic soul from the 70s getting a reissue on Midnight Drive. A-side is a downtempo funk-infused ode to presence of mind in trippy 7/4 time, and the B is a blue-eyed soulish crowd mover, like a Studio 54 mainstay with a somewhat scientific touch. It came out in May, sold out (as £1000+ Discogs reissues do) and the repress is hitting soon. Sign up on Juno.

Dizzying post-space age sounds from Amsterdam imprint Knekelhuis. Less of a fusion, more of a brand new foray into the bleeding edge of contemporary electronic music culture. You just have to hear it for yourself. Out on Monday (16th July).  Listen and pre-order at Juno.

The closest thing coming out today to the early 90s rave scene. Majestic, blissful euphoria wrapped around pulsing beats and sweat dripping down the forehead. Quote from a man of the time:

‘“This takes me back! 1991… Joe, Damo and I used to hit every Biology at the docks. We were young and skint, but somehow managed to always make it to the rave. We were so up for it! The vibes were sick… good music… best mates… and the ecstasy… mannn those little fuckers (Damo from Carlton north, if you ever listen to this on here, hit me up brother!). I’m a family man in my 40s now but this music takes me back to my 20s, I close my eyes and I can still feel the rush, the heat of everyone crammed into those warehouses and the huge, stupid grin on my face.”

Out on the 20th July – pre-order at Red Eye Records.

To keep up to date with the latest from 45turns, you can subscribe to the list and get in on the action over at Facebookand Soundcloud. Come back next month for some fancy new magic tricks on wax.