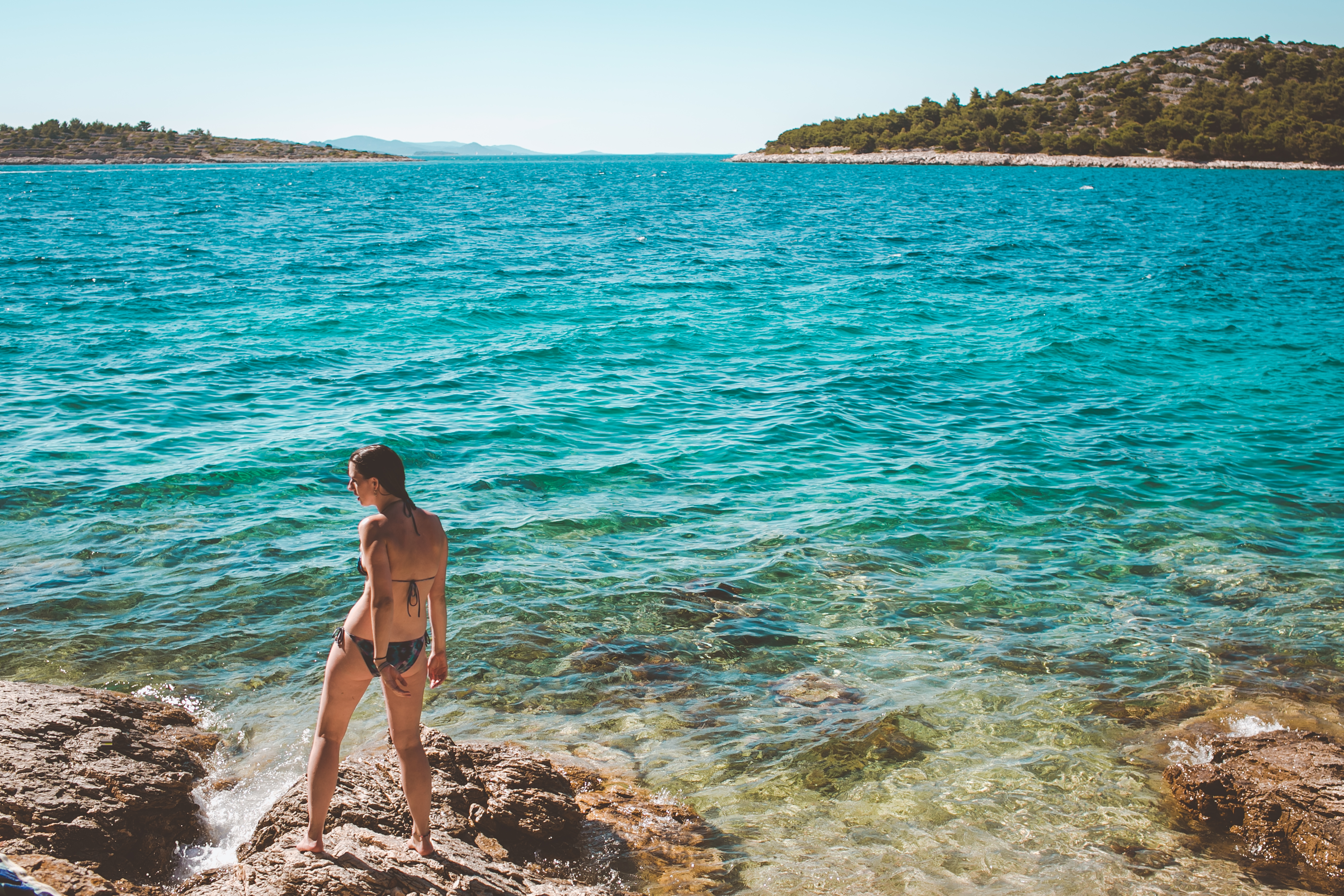 A polyphonic discoid orchestra sitting round a fire. Guitars, claviers, and wonky electric bass. Bearded birds from outer space hark above with swooshes and squawks, and the sun ratchets up the heat another burning notch. You run for the shade of the olive trees.
‘Who turned up the sun?’ you hear, and away faint bodies collide in the Adriatic ripple. Sine wave surfing in the disco room.
When you think it’s gone, it turns out you were only lost. A cigarette-smoking trio of Ray Mang, Dicky Trisco and Joutro Mundo grab your hand and pull you back into the narrative.
This is one of many possible scenarios at this year’s Love International, perhaps Europe’s premier festival destination for those looking to get a bit closer to themselves. Not trekking through Cambodia in harem pants or taking a guided tour up Machu Picchu. I mean clued-up heads who’ve scouted out an abandoned holiday resort on the Croatian coast and filled it up with hefty systems and judicious selectors. A week-long celebration run by people with the know-how to turn a gathering into party. Now in its third edition, Love International is fast becoming a mecca for folks who appreciate the subtler effects of woozy disco, house and balearic sounds.

One of the most exciting parties this year, though, comes in the form of a Disco Deviance all-dayer at the festival’s Olive Grove area. The notorious edits imprint will be hosting disco connoisseurs  Ray Mang and Dicky Trisco, as well as Rio’s own Joutro Mundo, for a Brazil-tinged bacchanal under the olive trees. For reference, here’s the last time these lot got together for a Disco Deviance party, in Bahia:

The Olive Grove is a somewhat clandestine dancing area tucked between the groves and the Adriatic sea, offering a welcome respite for sunscorched revellers and a ticket to transcendence for those in the know. If you wander there on the Thursday (24th) of this year’s LI, you might find something that encapsulate all the magic of Love International more than 10am drinking or sunrise stomping at Barbarella’s.
Looking down the lineup, disco deviant Ray Mang stands out as having done more for the UK disco & house scene than most producers could imagine. A pioneer of wild-eyed electronic euphoria, Ray, or Laj, or Raj, is a name that’s invoked in discerning record stores all the time, everywhere. Tracks like ‘Look Into My Eyes’ have brought rolling balearic beat into a wider consciousness, especially for a younger generation who missed out on the mythical Ibizan parties of the early 90s. Further still, the contributions of his own imprint, Mangled, have shaped the spirit of underground clubland in the UK since ’98, and continue to do so: the 19th release, a Soul Clap remix featuring legendary R&B vocalist Nona Hendrix, is due out in just a few days.

That lofty spirit will rise again on the Thursday of this year’s festival when he joins up once again with Dicky Trisco, disco maverick of legendary all-night parties and a man who’s put his stamp on countless edits and remixes designed to lift the roof, or in this case the olive leaves. As if the Dalmation heat needed turning up anymore, Rio-based scalpel master Joutro Mundo, perhaps best known for his edits on Brazilian imprint Barefoot Beats, will be on hand to keep the party people rolling on. Honestly, this is the best tip you’ll get all summer.
Here’s an exclusive mix from Ray Mang on the Disco Deviance page with a taster of what might be in store at the Olive Grove. Whether you’re going straight through from Wednesday night’s Barbs or having an innocent peek round the olive trees, get yourself in and taste the flavours from these three veritable selectors.
[soundcloud url=”https://api.soundcloud.com/tracks/458427309″ params=”color=#545454&auto_play=false&hide_related=false&show_comments=true&show_user=true&show_reposts=false&show_teaser=true&visual=true” width=”100%” height=”300″ iframe=”true” /]
Disco Deviance: https://soundcloud.com/disco-deviance
Love Intl: https://loveinternationalfestival.com/
Ray Mang: https://soundcloud.com/ray-mang
Barefoot Beats: https://www.phonicarecords.com/label/barefoot-beats/132626/all/latest/desc