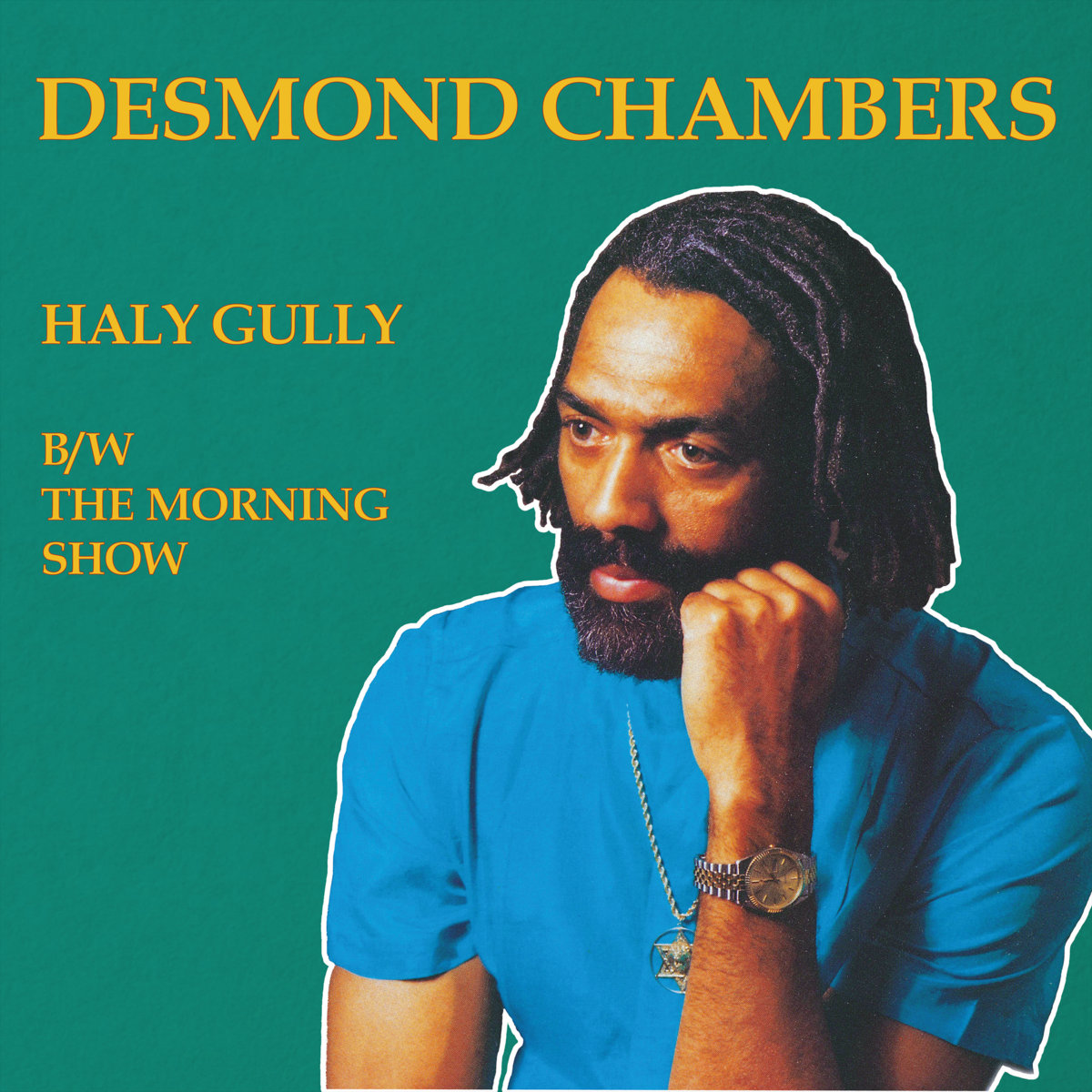 Kalita Records hit the spot with an unearthing of two essential 1980s reggae/boogie recordings, courtesy of a one Desmond Chambers.

It’s one of those records that you look up on the cogs and fantasise over a delivery from the postman, scuffs on the liner sleeve, the crackle of a needle on banged up 1980s Jamaican wax. And there stands Desmond in deep contemplation, gazing at something outside the lens, like a Rastafari ode to The Thinker with better posture. Looking at you, looking at him.

“Hidden wisdom is like hidden treasure; That is in the ground, what is the use of it, if its not found? Many will say they have seen the light, does JAH want us to fuss and fight! Should we not all unite.”

These are the words on the back cover of Tiger Born, the elusive, one-time 1987 album from Jamaican reggae artist Desmond Chambers. It’s quite a good record, with lyrical content ranging from low-slung professorial teachings on Livity to the roasting of an ex-girlfriend – all fairly normal stuff in late 80s reggae.

Then there’s ‘Haly Gully’, this kind of shuffling, political, reggae-boogie monster of a track with its hip-shaking brass refrain, sauntering percussions and jerky guitar noodling. And then there’s the Haly Gully version, which does what you hope it will and more.

And then there was Kalita Records, who took that version and called up Toby Tobias, who did a monster 9-minute redub from the original multi-track session tapes, and then got hold of another Desmond Chambers gem called ‘The Morning Show’ and put it all on a black 12” slab, along with a couple of instrumentals and unreleased versions.

The Toby Tobias Version of Haly Gully is a suitably supernatural interpretation of such a mysterious, phantom-like track. Toby throws a hefty dose of deep, marauding, echoing bass keys into the mix, carrying along the skittish drums and elasticised vocal samples that characterise his near-on nine and a half minute trip. It contorts, expands and contracts, one section welding into the next with a deft nod to classic dub recording techniques merged with the sensibilities of modern dance music. A beast of a version.

‘The Morning Show’ and its instrumental is more funky reggae stuff (with wonderfully excessive synth toms and lyrics like “if you’re in the shower / then he’s the man of the hour“), and then there’s an unreleased version of ‘Haly Gully’, which is more a kind of stripped-back studio jam with some interesting new parts supplied by (yet more) synth toms.

All killer stuff here and lovingly reissued by Kalita Records for your audiophile pleasure. Drops around 19th November. Grab a copy at their Bandcamp page.