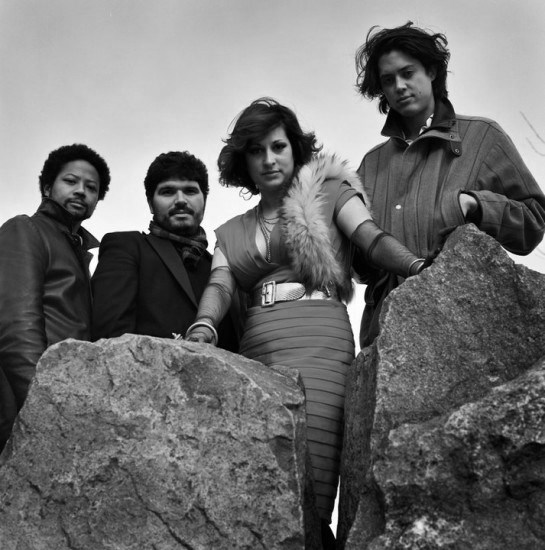 Midnight Magic are a disco/electro ensemble based out of an abandoned Brooklyn jazz joint. A contemporary collective that harnesses an extremely contagious boogie feel, MM are formed of 9 funky individuals who have earned their stripes blowing roofs off of gaffs from Copenhagen to Colombia.

Their notable tune is ‘Beam Me Up’, an instant disco classic that got rinsed in the summer of 2010 and is thankfully getting reissued next month. It could be described here, but you’ve definitely heard it before. The band’s website says:
‘Hypnotic drums, punchy piano riffs, and an epic vocal performance by Tiff collided to create label Permanent Vacation’s “most ecstatic moment”, according to Resident Advisor. Even today, the disco anthem is one Spin Magazine confirms “still hasn’t worn out its welcome on dance floors.”’

And then there’s the Jacques Renault mix.

On this end, we can only describe ‘Beam Me Up’ as a certified elevator banger that keeps on giving. And we also hear that there’s a sneaky repress incoming on Redeye in March.

Elevator East are taking over a secret warehouse space in London next Saturday for an all-night party, bringing along with them balearic legend Leo Mas, hotly-tipped Dutch selector Chris Floris and Red Light Radio favourite Ikävä Pii. Tickets on sale at RA.