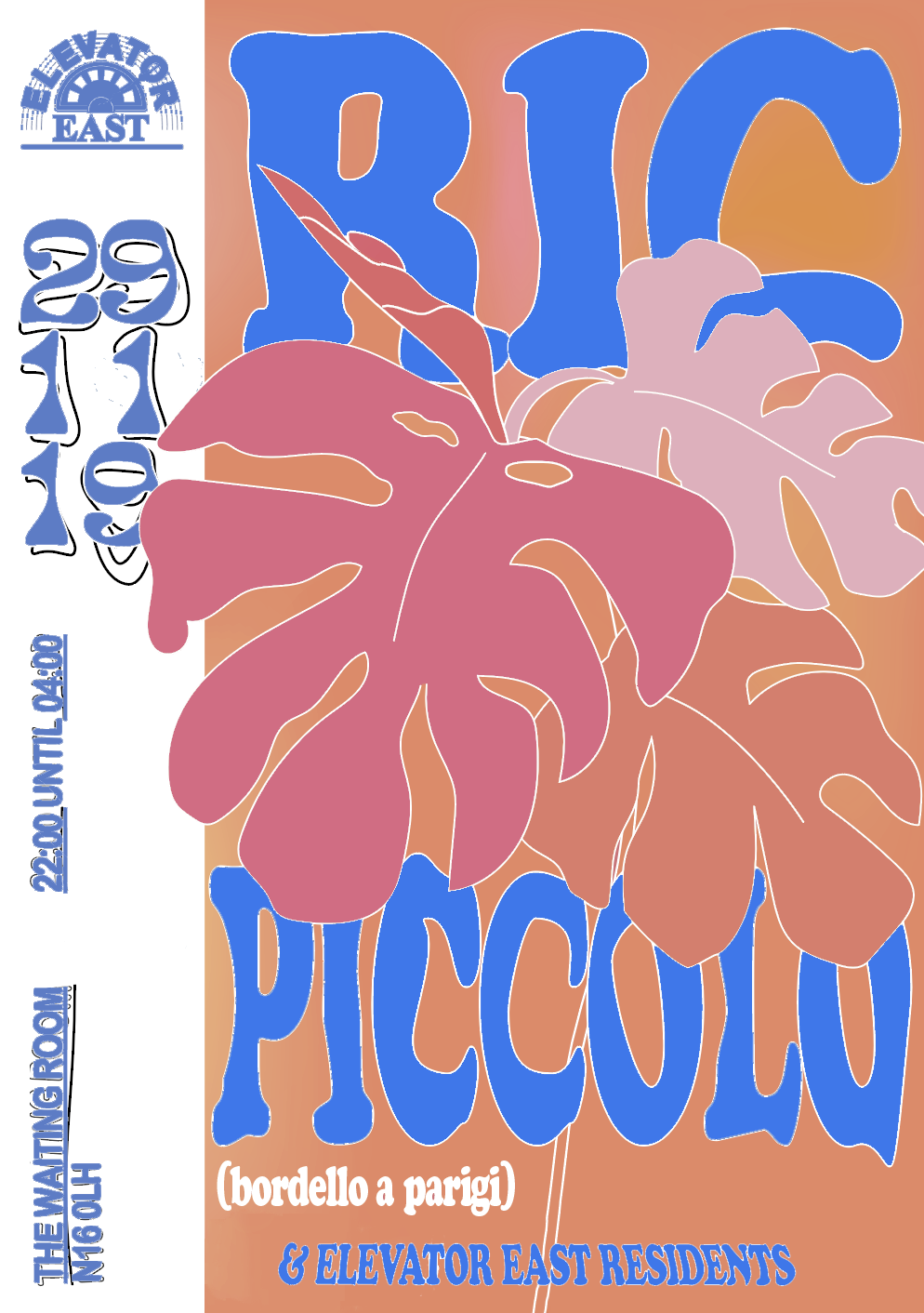 A selection of late and not-so-late night soirées for the more discerning of party people, keeping you warm through these baltic months…. Elevator East kick off a trio of parties to see out 2019 in fine style. 29th Nov sees them invite a one Mr. Ric Piccolo, best known for his edit work on Bordello A Parigi, Passport to Paradise and others, his live act Furór Exotica and, perhaps above all, his renown as a world-class digger extraordinaire. Focusing in on lost and obscure rhythms from his native Argentina, this looks set to be a class Friday night in Stoke Newington. Ahead of The Cause closing its doors for good on NYE, the merry band of party starters behind Magic Door take over the behemoth Tottenham industrial space for an outlandish disco, techno and balearic-fuelled adventure. PBR Streetgang, Maxxi Soundsystem, Itchy Rich, Jukes of Hazard and a cast of Magic Door regulars will be playing sounds across all three rooms in what will be one of the last chances to catch this much-loved venue in action. Hotly-tipped north/east London party crew Don’t Crash, helmed by Voyconn, invite Ikävä Pii and Kodah to The Waiting Room. For fans of the harder strands of techno, electro and modern electronic oddities. Ahead of the party they’ll be hosting a day party at brand new Bethnal Green record shop Hidden Sounds, alongside Roaming Radio – try make it to both. The FAR brothers reach for disco, brazilian, afro, balearic and beyond in one of London’s premier audiophile spots. Top food, great beer and unbeatable sounds on Kingsland Road. Hackney Wick’s newest intimate warehouse space plays host to an intergalactic party like no other. Elevator East and Dynopenguin’s most trusted selectors will be joined by disco maverick Ray Mang and Sounds of the Universe’s Poly-Ritmo for a late and wobbly expedition into the unknown. Unmissable. The Cause NYE: Bring Down The Walls
The Cause
Tues 31st December

The final party, the last dance. The climax to a year and a half of hugely anticipated parties, secret worldwide bookings and a space that just seemed to be getting bigger every month. This is el ultimo and we’re promised something very special. The #1 NYE tip…

Remember to like 45turns on the socials to keep up to date with records, mixes and parties.