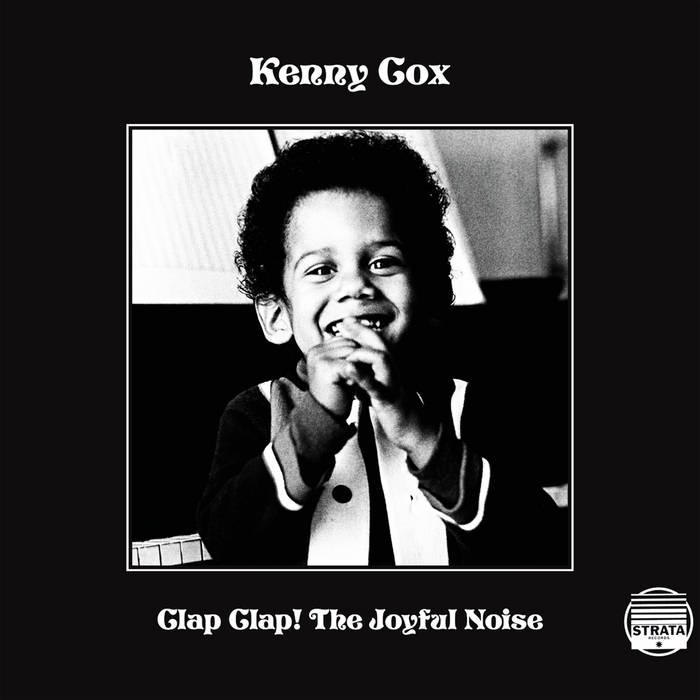 Kenny Cox was a jazz pianist from Detroit, probably most notable for two LPs on Blue Note with his Contemporary Jazz Quintet (see here and here). These records fit snugly into the post-bop picture of Blue Note’s late 60s output forged in the wake of Miles and Johns’ trailblazing modal expeditions, and they are fine records, for what they’re worth.

But if post-bop gave Kenny Cox a seat at the table of US jazz history, its the twenty-first century penchant for ‘exotic’ old recordings that brings Clap Clap! The Joyful Noise out of those proverbial Detroit warehouses and onto the reissue radar. Cox’s third album was an exploration of breezy bossa and Afro-Cuban jazz, with flourishes of fusion and the nascent soft rock jazz funk sensibilities of the mid 70s, brought out on his own evanescent imprint, Strata Records and resurfaced here by DJ Amir.

Front to back, this is a spectacular record, not least for its ability to evoke those halcyon images of the landscapes of Brazil and the Caribbean, which Cox admits he’d “never seen”. With Clap Clap! , rather than a gaudy revamp of bossa motifs na moda Americana, Cox imparts a magical imperfection that, in itself, rings true to the places and feelings he takes as inspiration. This is an endearing homage to those places and sounds so ingrained in the consciousness of devotees of this sort of music, avoiding that gushing, effusive replication that litters scores of bargain bins in the flea markets of European capitals.

The eponymous opening track is squishy reco-reco and bright, quivering keys, their infectious bossa rhythms punctuated by the sound of sea lapping over sand on the praia: an easy-going exploration that doesn’t take itself too seriously, although it has every reason to. An even-tempered track with gorgeous, fusion-inspired vocal wanderings from Ursula Walker, and seven minutes of everything being just alright.

‘Samba De Romance’ is free-and-easy on nylon strings, a straightforward serenade to-ing and fro-ing in the balmy Carioca night, soft and understated in its elegance.

Onto the other side and third track ‘Island Song’ moves proceedings further north with its Trinidadian skank and gleeful brass reprise, swaying its way into nine-odd minutes of casual, unceremonious joy where every player gets a few minutes to let loose – that’s Buzz Jones on sax, Charles Moore on flugelhorn and of course Kenny Cox on the keys, with Ronald Johnsons and Victor Reeves laying down percussions.

Onto the other disk and we have ‘Lost My Love’, which reminds me of the sort of West Coast / AOR / Yacht Rock kitsch reissued by Charles Maurice on Favorite Recordings, and then final track ‘Beyond The Dream’. This is the masterpiece moment, the 13-minute soul searching track that seems a natural culmination of all the things that make this LP wonderful. Its a little more restrained, almost tense, moving away from that laid-back carefree joie de vivre into something a bit ritualistic as the sun gets back down under the sea. It channels that reaching out into the cosmos mood à la 1970s Miles Davis, with interjections from humans in the studio, babbling and clapping, cheering and cajoling, in cahoots to carve out the limits of their own musical world before sunrise. A singular piece of music that ties a knot around Kenny Cox’s masterful album solitaire. Clap Clap! The Joyful Noise is serious business. A recording to make some noise about.