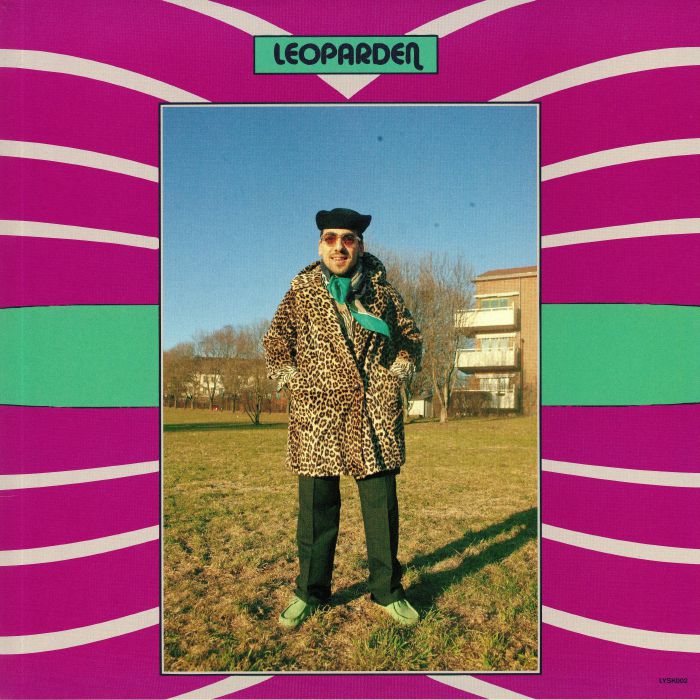 Leoparden is the second artist to come out of Oslo’s Lyskestrekk records (the label’s first release was a certified future afrobeat classic LP from the Flammen Dance Band). I don’t know much about the Norwegian scene but this lot have got to be leading the charge in terms of putting out the proper analogue bizness . Both the Flammer Dance LP and this new one from Leoparden take on a mantle from the likes of Fela, Ebo Taylor and William Onyeabor and recast it with shades of kaleidoscopic colour, laying down serious grooves that raise the bar for both technical musicianship and production.

Stilen er svimmel is warm, hazy and pink, evoking 1970s studio production in a cloud of ganj-scented smoke. It’s full of killer grooves that for many producers would tempt digress/boom-boom/overkill, but Leoparden dials it off at the right frequencies to fill out the whole record with that vintage, bleary-eyed mood.

First track and lead single Boliglån is an exercise in being chill as fuck. Weird fuzzy chord stabs in the verse open up space for a cheeky organ cowbell combo loaded with dub fx and Leoparden’s soulful advice to ‘just get a loan’. Wonderful stuff. The rest of the LP rolls on in that heavily DIY, pleasingly lo-fi fashion, from the seedy groove of ‘Rist Skjelettet’ to ‘Hagfest’’s taut upbeat funk via the Onyeaborish ‘Vente Lenge’. ‘Total Disko’ channels the rarest of early 80s afrodisco and ‘Ormen’ brings a dubby percussive spatial funk exploration as the record’s closing note. Like sending a cassette back from paradise.

(NB: ‘Hagefest’ was recently released as a 7” with its own extra special dub version on the back, well worth checking out).

The 12″ LP of Stilen er svimmel is out now on  Lyskestrekk.