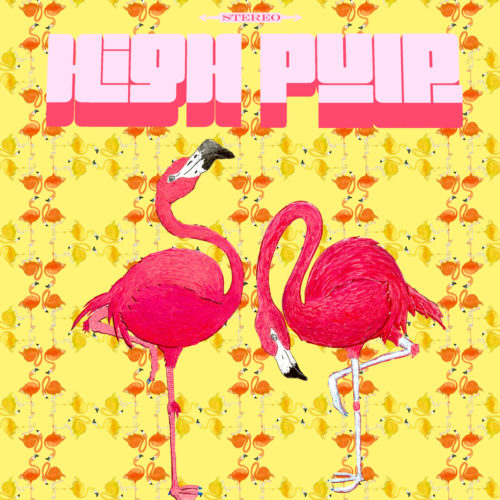 From jazz fusion to electronic psychedelia, High Pulp’s Bad Juice is a strange journey through instrumental worlds, taking the listener by the hand and leading them through ecstatic terrains of reinterpreted funk. As a whole the record is unabashedly – even unashamedly – fun, making no effort to present itself as anything other than a pure exploration of instrumentation.

High Pulp have taken inspiration from a wide range of artists, with percussive and melodic styles reminiscent of the funk/dance crossovers of electronic music pioneers like Joe Smooth and Frankie Knuckles. For those who enjoy the traditional jazz standard, the dance inspired refrains may seem oddly out of place, conjuring up images of Bill Evans slamming powerful soul progressions as opposed to the expected melancholic chimes. There’s an undeniable intimacy in the ornate instrumentation, which is the focus point for the duality of themes that runs in the sound. Both reckless funk and quiet, floating motifs roll alongside each other, creating a phonic mixture that extends the bands appeal to a much larger variety of listeners.

More traditional jazz records tend to fall down with modern or younger audiences, as they can be difficult to listen to for people who are not already inclined to a deeply instrumentally focused style. The most substantial songs on this album function almost as if they were combinations of multiple individual tracks carefully sewn together through connecting elements. The style of arrangement manipulates perceptions through drawing the certain aspects of the track to the foreground or background, creating a dynamic sense of flow in a similar manner to how a DJ might. This can even be broken down to sections within each track: in the middle section of ‘Hookai’ there are 3 severe changes of instrumentation and pace, from grand, blaring brass to a harsh and overdriven guitar followed by an oddly distorted break-driven funk segment. All of these styles are conflicting in atmosphere, yet they are stitched together by the hi-hats that maintain coherency behind the scenes, just out of the listeners range of hearing. This particular technique of interweaving sound serves a subtly different purpose within the more relaxed sections of the tracklist, acting to contextualise and emphasise the energy displayed elsewhere.

The tracks ‘Dave’s’ and ‘Impressions’ possess a quietly emotional mood whilst maintaining the use of bright synthesised elements and powerful, orchestral brass. The modulated keyboard and whining theremins that back up these tracks act not only to flesh out the sound of the traditional instruments in a new way, but also to add a strangely haunting edge to these more contemplative tracks. Over the last two years , various reinvented and fused forms of jazz have become intensely popular – not only because of online exposure but also due their ability to be enjoyed by such a variety of tastes. This is the biggest upside to the album: the subtle blends of genre and style allow the sound to reach a far wider audience who are able to savour it from different perspectives. It appears as though the traditional standard of pure instrumental focus has been broken to usher in a new reception, created through musicians experimenting with the revered sound in new formats. Fundamentally, this is the sum of the appeal of the album: it’s a captivating experiment based around an already expressive and free genre. Bad Juice comes highly recommended to anyone with an instrumental inclination, but it should be said that for easy listening or background music it can be abrasive in parts and would likely come as a shock if put on in a quiet bar or for late-night weekday drinking. This is not say the sound is harsh or extremely unusual; rather, it just doesn’t suit the usual mood jazz is expected to fit; High Pulp are shamelessly avid proponents of the upbeat atmosphere, and that’s where the excel.