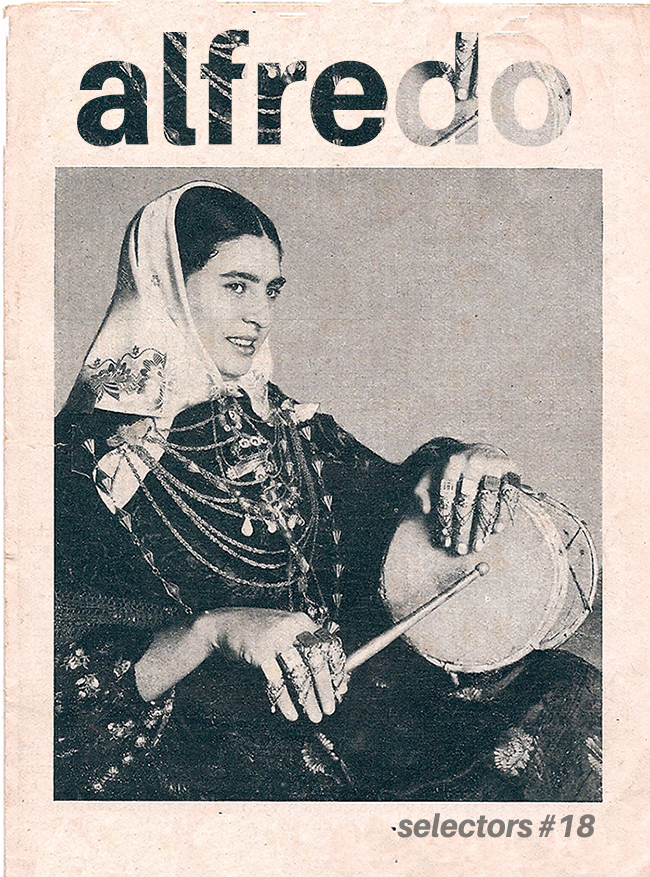 Back in April we had the great pleasure here in London of hosting a certain DJ known as Alfredo.

During a run of legendary parties at Ibiza’s Amnesia club between 1983 and 1989, Alfredo cultivated a certain way of presenting music that, for many, nothing needs to be said. The emigré Argentinian jockey would take the helm for marathon all-night sets, catered to a cosmopolitan European crowd, throwing down records that juggled between the pop music of the zeitgeist, Chicago house, funk, disco, dub, afro, Detroit techno and rock & roll, finding its home in the Mediterranean stylings of the island of Ibiza and grounded in a passion and purity that many argue has not been replicated since. Alfredo’s style and selections were the inception of both the UK acid scene and the global balearic movement and, although many have tried, none have been able to imitate his mercurial way.

Fast-forward to 2019. It’s a rainy April bank holiday night in London. The now ripe Alfredo takes to the controls in the upstairs room of East London’s The Jago (fka Passing Clouds). A hot, dark room awash in perspiration, the booth set below the fluorescence of blue, green and red hanging from a wire. Carnival jazz, Napoli funk, Water No Get Enemy. No get clambering against the booth, no get nodding heads in regimental unison. More like flung around the room by your legs. A room vibrating counter to everything outside of it. Afro-house, 114bpm, acid house, 113bpm. The aroma of incense. Unfolding dimensions of guitars and Simple Symmetry. Someone plays a trumpet in spiritual tones to the left of the booth, now walking with instruments around the free and open floor. Lysergic eyes move to Wild West dancing juice. Then the percussions. The flutes, the synths, the lot. A euphoric finish on an Italian balearic classic, a grateful encore of sunrise house. ‘Primavera…’

Here it is from the man himself. Enjoy selectors #18 from one of the all-time greats: Alfredo.

Dynopenguin, who brought Alfredo over for this set, are back on Saturday 14th December with fellow party starters Elevator East, this time taking over an exciting new East London warehouse space in the Wick. Disco remix legend Ray Mang (DFA/Mangled) guest spins, alongside Sounds Of The Universe’s wonderfully talented Poly-Ritmo, the Elevator East crew and more.

Tickets are priced at just £5 and capacity is strictly limited to 150 heads.

Tickets and more info on the party can be found here.