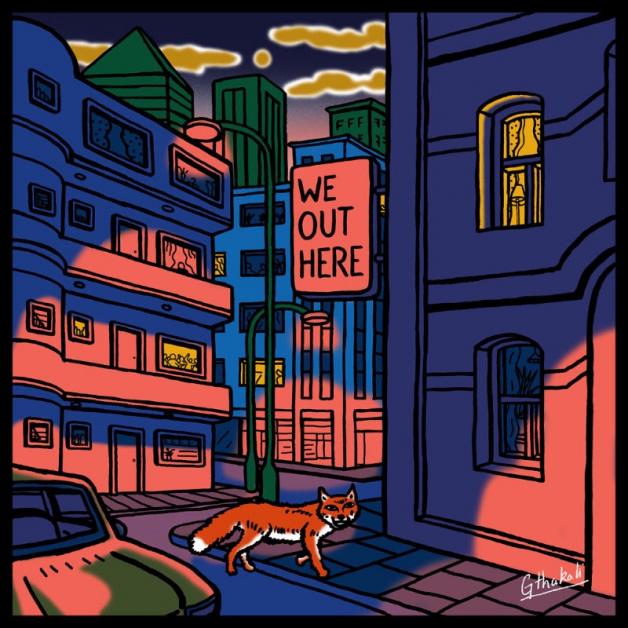 Jazz, of course, is lauded as a practically limitless form. This is hardly demonstrated better than in ‘We Out Here’, Brownswood Recording’s nine track jazz comp released in the late winter months of 2018. The record pulls on a variety of up and coming London talent, offering up a brew of contemporary jazz, afrobeat and dark, haunting jazz.

In the dusty basement bars of London there’s been a modern jazz revival as of late, fuelled by the underground youth culture that the city is so famed for. The malleable and improvisational construction of the genre makes it a perfect target for repeated modern reimagining. This can be seen in the rising online popularity of artists such as the duo Yussef Kamaal, who have gained considerable prestige with their broken beat magnum opus Black Focus, also released by Brownswood. Many of the artists featured on the record would be just as comfortable on BBC Radio 6 as they would the boiler room.
Similarly, just as popular electronic music of recent memory has been influenced by the pervasive sounds of afrobeats, so have the artists of ‘We Out Here’. Yet the complex intertwining melodies and soulful brass rings closer to the original afrobeat genre rather than it’s modern counterpart. Tracks suck as ‘Once’ (Nubya Garcia) and ‘Black Skin, Black Masks’ (Shabaka Hutchings) are strongly reminiscent of afrobeat progenitor Fela Kuti. Perhaps we can put this down to the raw, raucous energy purveyed through the record in it’s entirety, making full use of moving time signatures and the heavily emotive improvisation of its precursors.

Put bluntly, ‘We out Here’ is phenomenal, a deliciously energetic yet somehow fantastically gothic take on jazz – not to be missed.
‘We out Here’ was released on 9/2/2018. You can get the vinyl, as well as CD and digital copies, at the Brownswood bandcamp.

For more great stuff coming out of the British Isles, check out Spotify’s Jazz UK playlist: